THE CITY OF WAUKESHA CHAMBER OF COMMERCE 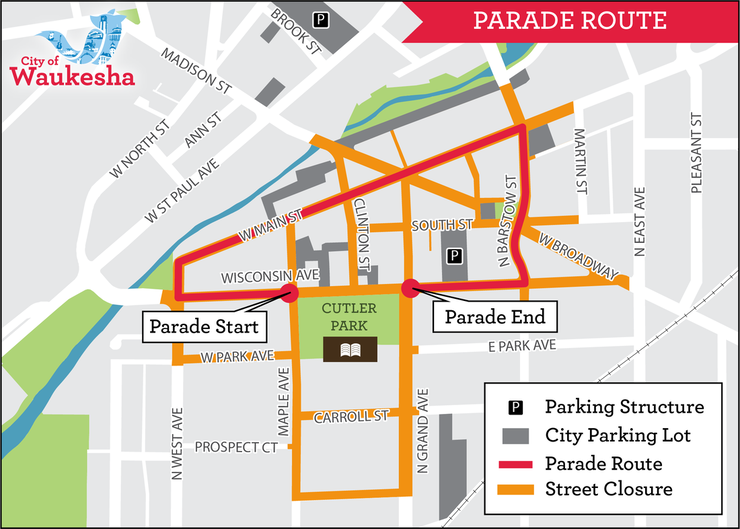 The Waukesha City Council has approved the purchase of vehicle barriers which will be used to block off roads along the parade route. The Modular Vehicle Barriers (MVB) are designed to help protect crowds from traffic, but can be easily moved out of the way if needed in an emergency.

The Chamber is working closely with the City of Waukesha, the Police Department, the Fire Department, and the Department of Public Works to enhance the safety of parade participants and attendees. Extra measures are being taken by all involved parties to have a safe and successful event. For those who are uncomfortable attending in person, TMJ4 will be broadcasting the parade live.

Healing Hearts of Wisconsin will have a tent set up at Cutler Park on the day of the parade to provide support and resources for members of the community. They will also have personnel along the parade route to offer assistance as desired.

A big thank you to the numerous volunteers who have signed up to help make this a successful event. We couldn't do it without the community's support.
​
Volunteer Signup

The US Post Office will be marching in the parade and their letter carriers will be collecting letters to Santa that children bring to the parade.

For the Christmas Parade, no parking signs will be posted on impacted streets on Saturday evening, December 3. No vehicles may be parked along roads inside the parade route perimeter starting at 11am Sunday, December 4 (please view parade map). If vehicles are parked on roads inside the secure parade perimeter they will start to be towed beginning at 11am on Sunday, December 4. The South St. Parking Garage and other City parking lots will be open until the roads close at 2pm, then vehicles in those areas will be unable to leave until the police reopen the roads after the parade ends.

Streets around the Library will be closed beginning at 2:00pm. Additional roads will be closed starting at 3:15pm on Sunday, December 4. After 3:15 pm, no traffic will be able to enter or exit the parade perimeter until the conclusion of the parade which is expected to be around 6pm (please view parade map).

For spectators coming to the parade, you will need to park using street parking or City parking lots outside of the parade perimeter (please view parade map) and walk to your viewing location.
​

The Parade would not be possible without our amazing SPONSORS:

Registration is now FULL for registering your group to march in the Christmas Parade. We apologize for any inconvenience. NO EXCEPTIONS ARE BEING MADE.